A downloadable game for Windows, macOS, Linux, and Android

In this game you play as an ordinary office clerk who is accidentally killed by lightning, after that you  resurrected in another world to replace the previous dark overlord who was defeated by humans. But under uncertain circumstances during the resurrection, something went wrong, and a curse was put on you , which sometimes activates and eats you from the inside... And now you need to find out how to get rid of the curse!

Extended Version includes a cave in which you can find additional gold, as well as the girl Mayu! Increased experience and gold coefficient by 15%

Full Version includes the same as the Extended Version, but Baphomet gives you a gift to choose from, as well as an extra girl named Angelana! Increased experience and gold coefficient by 30%

Help the project survive to the finale! Support it on Patreon!

Where i find tavern manager?

A stone tower guarded by a stone golem

Where can i find the code for the tower?

It's painted on the wall.

Ok thanks, but how to find the tavern wench and get the goblin warriors???

The tavern wench in the stone tower :D

Goblin Warriors can be hired after you find Tuuli, she comes randomly to the tavern

So I see that the key is a .txt file. How would that work with the APK version of the full game?

Example, If I want to play the full game on mobile. Have you tested how it'll work?

This .txt file contains the key to the full version, which you will need to enter in the game.

All works well and there are no problems on Android

Near as I can tell I have beaten the game.  I have conquered both towns and the fortress and I have completed all quests including the main quest to cure the curse. There is a red arrow a little past the brothel that does nothing and I have all tower girls except for Marice whom for some reason never showed up to the tavern and is not showing in the girls list or in her tower. Got the warning about the emperor from baphomet and there has been nothing after that for three hours now. Short little fun game (grindy though) but not worth $20. I could see $15. Haven't seen the credits though so I assume I haven't actually beaten the game. Either something is broke or the waiting game must be played still. At 210 days in game time.

Did the event with the witch go through? Did you catch the emperor's daughters?

More content was planned, but the support was weak, so I decided to end the game. Now a sequel is in development, which should be better than the prequel.

On one enthusiasm project can not pull, so I rely on your support.

Alright that all makes sense. Yes I have emperors daughters and had the witch scene. Thanks for the reply. I assume marice will show to the tavern in the sequel?  Keep up the good work.

To move the plot forward, train the emperor's daughters until they escape.

The game is complete. If Marice isn't there, it's a bug.

Copy will do. Thanks for the help.

Well 3 people died. And 8m sure you know who im talking about. Was their deaths avoidable? Like a condition to keep them alive?

And i cant find hikari/fire one can you plz help

It's the plot as planned, you can't save anyone

At the top center of the map is the Hikari Tower

i was having fun and all until i noticed i cannot unequip the cludge from my left hand and its bugged out. It makes the game unbeatable because now i cant unequip all of my armor to fight with the girl

Buy 2 cudgels, and you will be able to take it off

Where does marice go after you ask her the the tavern she does not show up there or at her tower for me, nor does she show on the "girls" page.

Edit: I'm on android by the way

You didn't use save from other versions?

Ive only ever used the most recent version

Sorry for late reply but that was helpful thank you

Where do I find the healer?

In order to attack the emperor you must complete all quests, the pre-final quest is the capture of the emperor's daughters, after which the final quest will start.

Can the blue hair girl die because i asked her to my tavern and now shes gone and not in tye tavern or in her tower?

How do i use the lava sword

Can i dual weild swords?

What do I need to buy for camp?

The girls will let you know what you need to buy for camp.

Great game I loved it! Can't wait for Cursed Overlord 2.

The sequel will be even better ;)

Where should I find the lord-goblin

There is a camp on the lower right near the desert, where the lord goblin dwells.

How do you do it? When I tested opening the chests worked fine.

You ruined the whole game :D

Take advantage of this vulnerability to get money, but make sure that the whole game after this does not break.

I hope you enjoyed the game. Comments can delete, other players do not need to know about this bug, it can spoil the impression of the game.

Is There A Cheat Menu?

Yes, you can access dev tools using the unren decompiler

Hello! just wondering what the max stats are?

Hi, there is no limit for Vitality and Strength, limit of 5 Agility.

i just started playing this game and im having a blast, but marice was sleeping until i got all the other tower girls and now that ive gotten her to move into the tavern she isnt in her tower or at the tavern. i can still summon her though. im playing v0.90 with the full version.

No need to have sex with her when she falls on the floor, it will cause bugs.

Ok, but i can only summon her, i cant talk to her or see her or check relationship.    Same problem as Dragonite1307 a month ago but im on windows.

Also when does she fall over?

The first time you talk to her when she falls to the floor, there's a choice to fuck her or not. If you fuck her, she will be offended and may disappear.

I kind of fixed this bug in the final version and it should work fine now, but you'll have to start the game all over again. 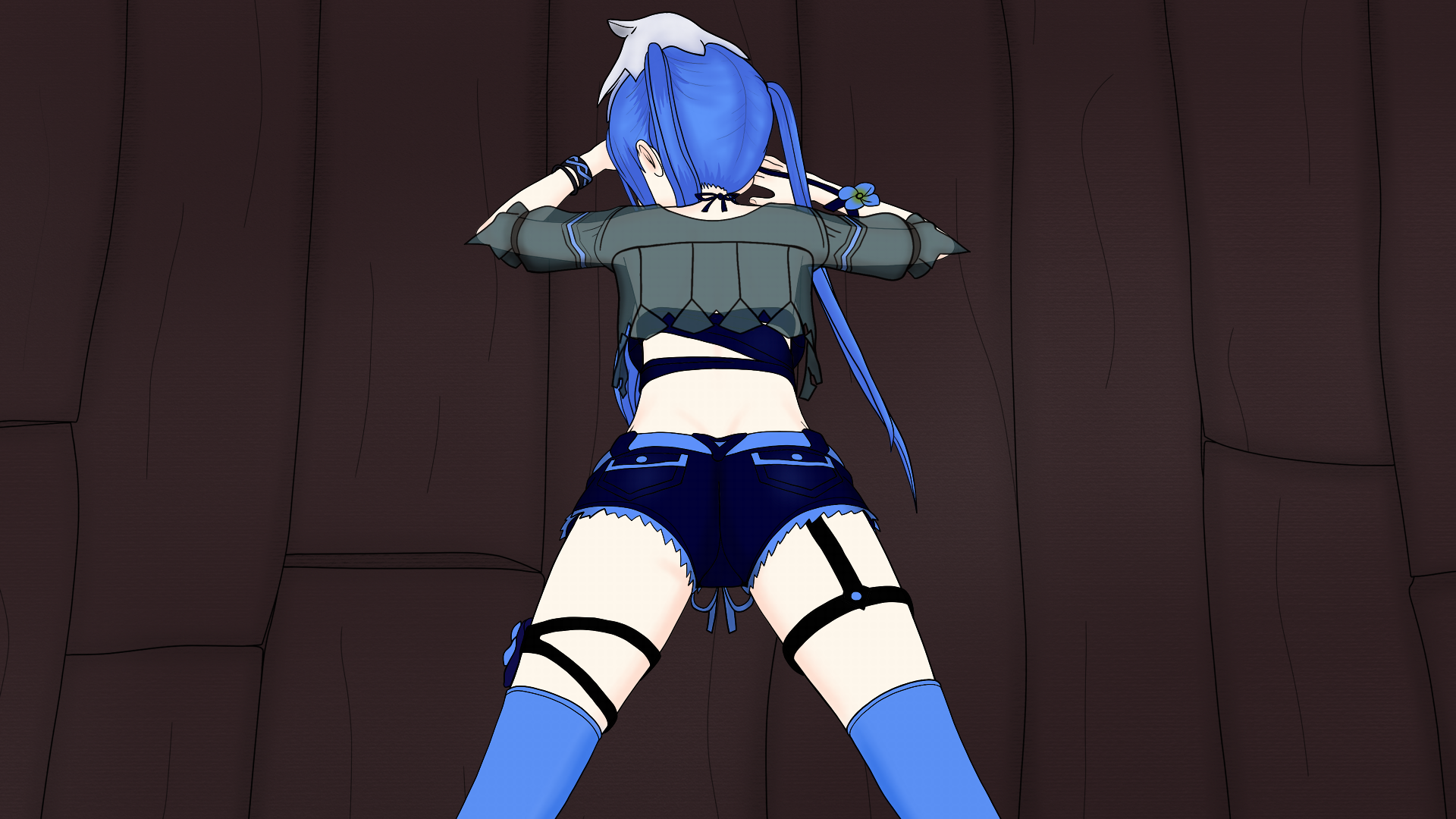 Yeah ok when I first spoke to her she was sleeping on the ground and told me to go away. I never even saw her fall.

I'm happy to wait for the final version and restart. 😁

Oop never mind version 1.0 is out

Bandit lord seems unkillable for me. Even with 9 strength, the 45k sword and the 60k armour. Is this intentional?

The bug itself is that the health of the bandit increases by 200 when you sleep. As a result, his health can be more than 10k, If you are too lazy to start the game again, just beat him!

I bested him, took me around 30 healing potions to do so though. I just wasn't sure if it could be done, since the HP bar didn't budge. Once it dropped(like a 100 hits in), it did so every hit. Thanks for the explanation! :)

I bought the full version but evertime i enter the code he says its WRONG!

You are not typing the code correctly! All codes work! Observe lowercase and uppercase letters.

How do i activate the Full version key for android

Press the circle in the throne room and talk to Baphomet

To unlock this area, you need to advance through the plot.

how do i get more goblin workers?

Find the goblin lord, you can hire goblin builders from him.

where do i find him? sry im new to the game 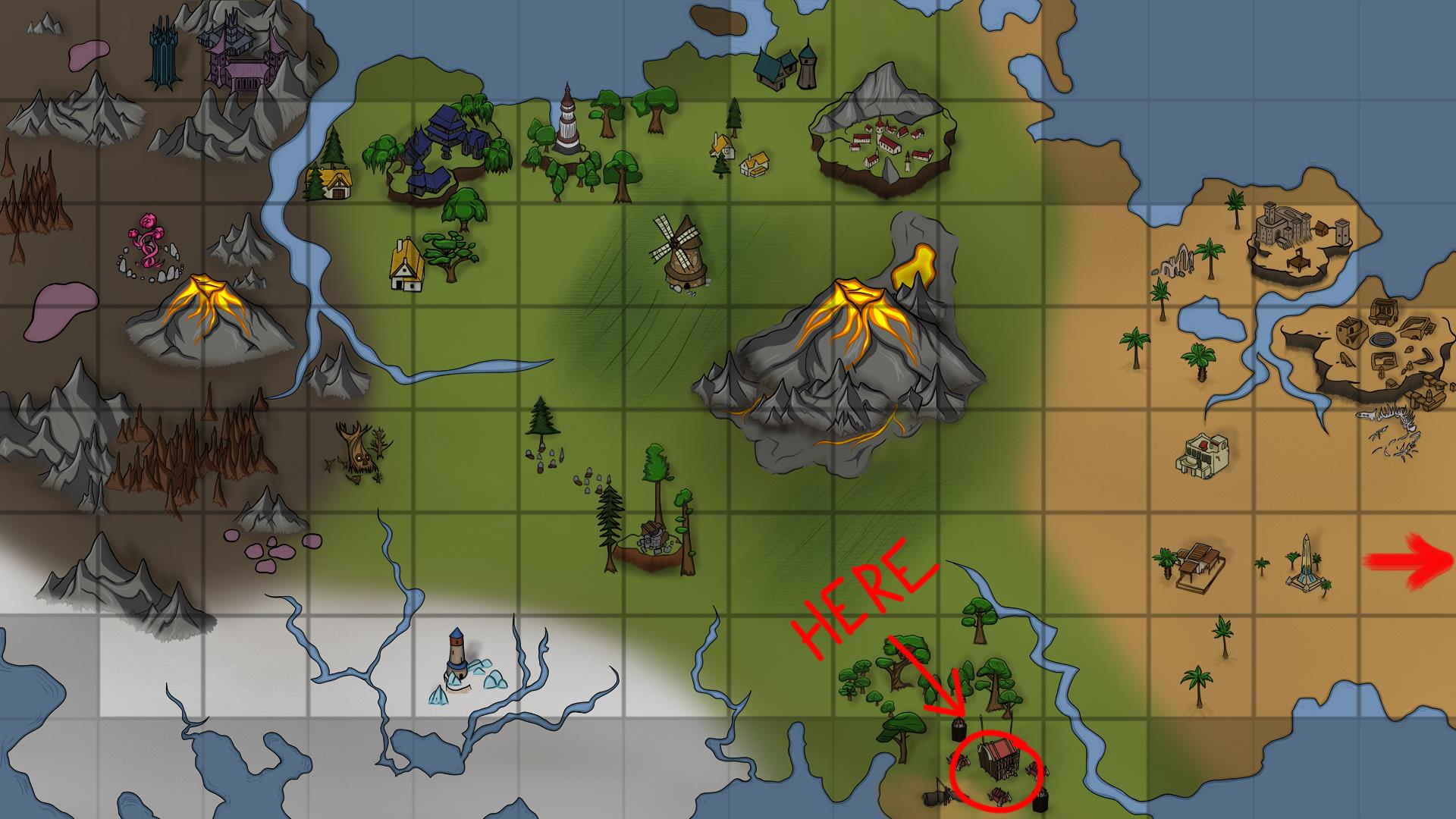 Will the game have sex audio? (ie moaning...)

Where can i find the tavern manager?

In the tower where you have to kill a stone golem.

How do I defeat that girl in hand-to-hand combat?

How can i f*ck her again?do i need a item or something

You've done it too many times with her! It will take 30+ game days to recover.

going to be best disrespect of all the time 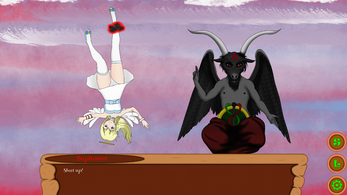 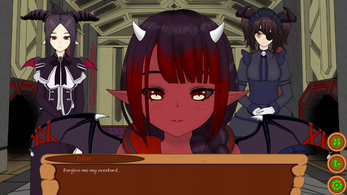 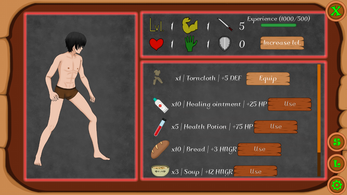 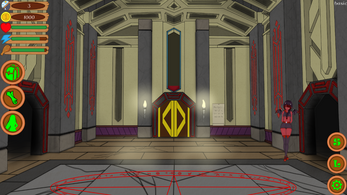 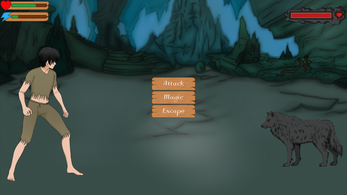 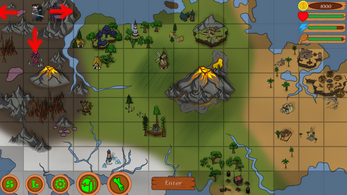 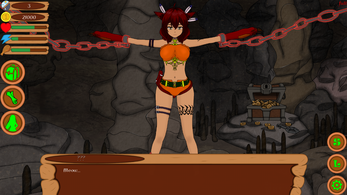